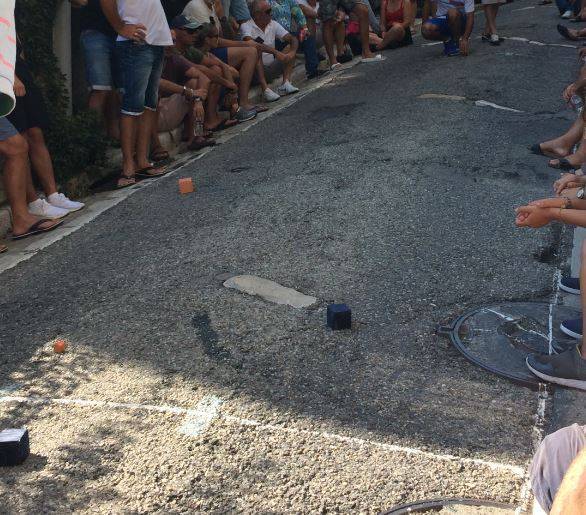 The “boules carrées”, emblem of Haut de Cagnes, are a game similar to pétanque with round balls. Created in 1979 in Cagnes sur Mer by the Cercle des Amis, the event brings together hundreds of participants every year. It is a moment of sharing and pleasure between all generations.

The World Square Boules Championship takes place in the steep streets of the village, some of which have a drop of up to 18%. In groups of 3, the teams compete against each other but always in a spirit of conviviality. Some teams are international and come from Holland and the Scandinavian countries only for the occasion.

See you in August to participate in the event and to discover an authentic Haut Cagnois moment!